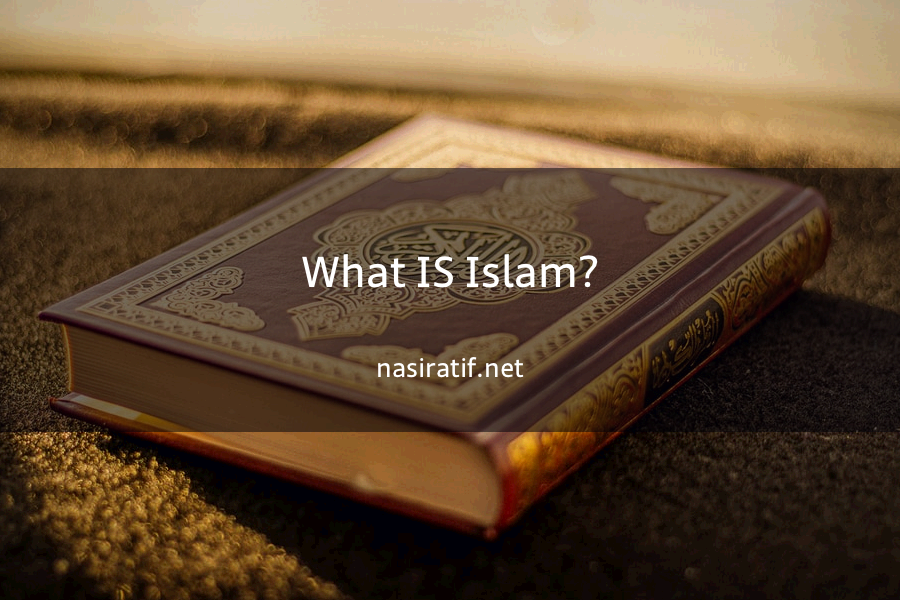 This will be a informative article on what Islam is and why you should embrace Islam.

Islam is a monotheistic religion that is composed of 5 pillars. It is the belief that there is only one true god (Allah subhanahu wa ta'ala) and that Prophet Muhammad (salallahu alayhi wa salam) is the messenger of Allah.

Islam is the true religion, that was taught by all of the Prophets and Messengers (peace be upon them all). The word "Islam" literally means (submission) meaning we submit to Allah alone, and that we are His slaves. The followers of Islam are called Muslims, and they worship one god without partners, which is of course Allah (subhanahu wa ta'ala).

To embrace Islam, they must take their Shahada (the belief that there is no god but Allah, and that Muhammad is the messenger of Allah) in order to become a true Muslim.

The things us Muslims do is that we offer 5 daily prayers to Allah (Salat), which consists of different sets of Rakats (series of movements). We go to the Masjid (mosque) often as a place of Ibadah (prayer) and benefiting, We also fast in the holy month of Ramadan (usually in April) which is a month where we benefit ourselves and stay away from sin as much as possible.

Another thing we do as Muslims is we use our wealth to pay Zakat (charity) to help the people in need, and to support different charities and others.

Why IS Islam the truth?

The Islamic Monotheism is the truth for many reasons, one of them being the oneness of Allah (God). Allah's name Al-Qadir means the All Powerful, and nothing can overpower Him. Polytheism is the opposite of Monotheism, and is the belief that multiple gods exist, as well as their own religious sects and rituals. (2)

Atheists believe that no God exists, if that is true, then how were we created? How did we get here? We cannot just suddenly exist without a creator, like human inventions. If human inventions need maintenance to continue to function properly, and a creator for it to exist, than how does the universe exist? It was created by Allah (God), and He was not created by anything. If He was created by something than He would not be considered a God, since a God is supposed to be all powerful, and something creating a god would mean that it is more powerful than God.

The Qur'an is the holy book of Islam, and is the most authentic source of information about Islam, before the Sunnah.

The Sunnah is the way of the Prophet (sallallahu alayhi wa sallam), and his sayings are mentioned in Hadith (sayings of Muhammad), You can find quotes of Hadith in authentic Hadith books like Sahih Al-Bukhari, Sahih Muslim, and Sunan Abu Dawud.