Giving Salam to Others 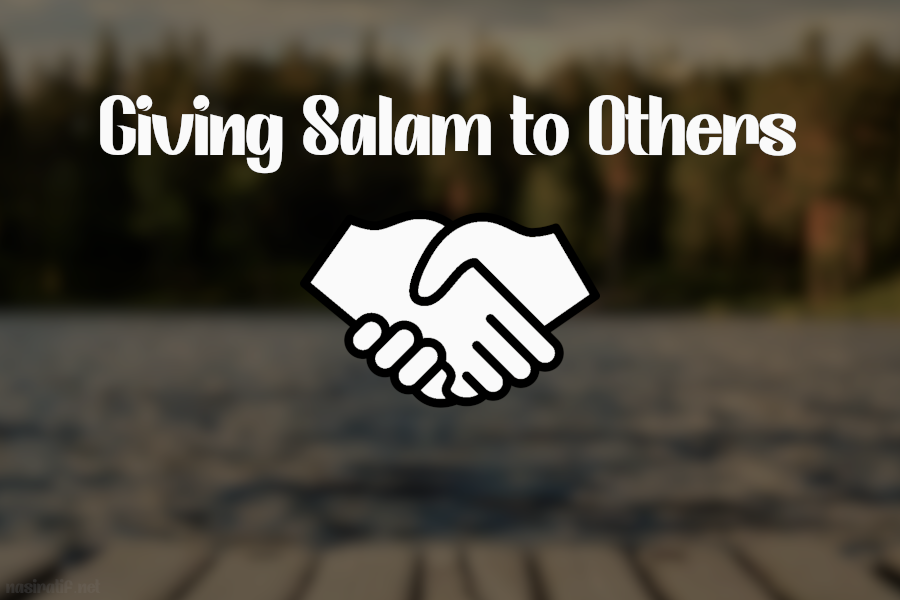 Greetings are an important way of communicating with someone. In Islam, this is called giving the Salam. Giving Salam is by saying "As-salamu alaikum" to an individual or a group of people. It means (Peace be upon you) and used as a greeting to Muslims.

This short article will dicuss some of the different ways to give Salam to people.

Giving Salam to an individual

This way of giving Salam is really simple; you can approach them by saying the islamic greeting "As-salamu alaikum". They should reply back "Wa-aliakum-salam", meaning "And unto you peace.".

"Verily, the best people to Allah are those who are first to greet with peace." (1)

If one joins a group, then it is Sunnah for him to give Salam in the gathering, supported by Hadith:

This hadith tells us that it is a recommandation to give Salam (salutation) to the gathering, and also the same when he leaves.

Giving Salam to the sitting person

It is Sunnah to give Salam to the person sitting, supported by Hadith:

By reading this, you have benefited yourself by learned 3 ways of giving the islamic greeting of As-salamu alaikum.