Offering the Prayer of Jumu'ah 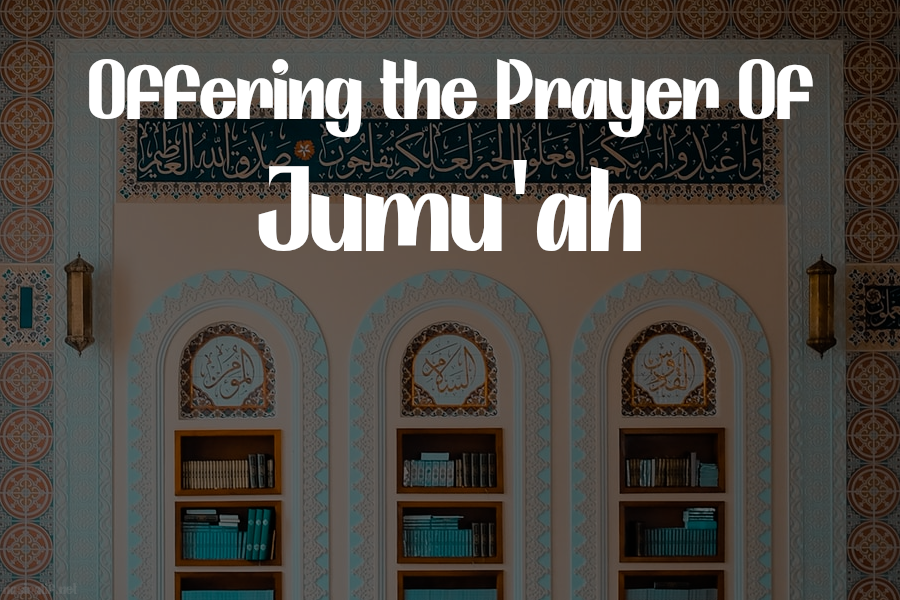 One of the actions of the Muslim that is highly recommended is going to the masjid to offer the Jumu'ah prayer. This short article will explain how to offer it and it's significance.

What exactly is Jumu'ah?

Jumu'ah is a congregational prayer that is prayed in the masjid. It replaces Dhuhr and is hosted by the Imam, who you of course must follow when praying Jumu'ah. It consists of 2 rakat instead of 4.

Friday is a special day of worship for Muslims and is one of the most blessed days that a Muslim can do acts of worship on.

The Qur'an states about the prayer:

"O you who believe (Muslims)! When the call is proclaimed for the Salat (prayer) on Friday (Jumu'ah prayer), come to the rememberance of Allah (Jumu'ah religious talk (Khutbah) and leave off business (and every other thing). That is better for you if you did but know!" (1)

When do I offer Jumu'ah?

Jumu'ah is prayed every Friday at the masjid. On that day it is offered at the time of Dhuhr.

Jumu'ah is a highly beneficial prayer. It is beloved to Allah, prayed on the best day of the week for a Muslim, and one of the best prayers to offer at the masjid.

It is also highly recommended to give salutations upon the Prophet ﷺ on Friday:

This article has explained some facts about the amazing prayer of Jumu'ah. Every Friday, make sure to go to the masjid to pray the Jumu'ah prayer at noon insha-allah.