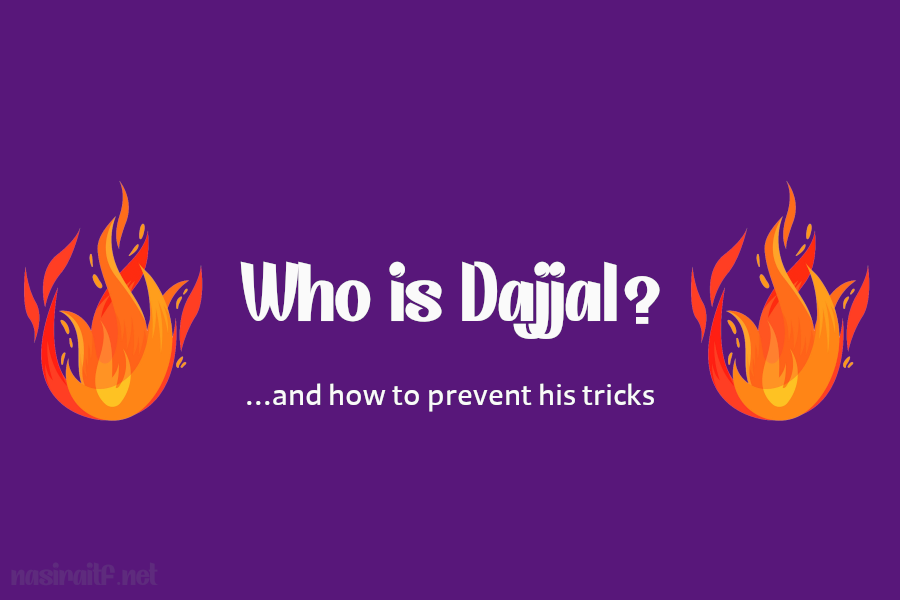 One of the misguiding and ignorant people are the Dajjal. In this short but highly beneficial article, I will be explaining who the Masih Ad-Dajjal is and how to prevent his tricks.

First, who is Dajjal?

Masih Ad-Dajjal, who we believe is an evil being, will come to Earth and spread falsehood, attempting to lead others to the path of Shaitan, and he will have "Kafir" written on his forehead.

He is one-eyed and will emerge from Al-Khallah, between Syria and Iraq, and he will start by saying "I am a Prophet", which is a lie, because Muhammad ﷺ is the seal of the prophets (meaning Muhammad ﷺ was the last prophet).

Secondly he will say "I am your Lord", even though Allah (subhanahu wa ta'ala) is our true Lord not being one-eyed, which we worship Allah alone without any partners.

How to abstain from his tricks?

If one were to be tested with his fire, he would seek the help of Allah (subhanahu wa ta'ala) and recite the first verses of Surat Al-Kahf, then the fire will be safe and cool for him.

Now you know one of the people of misguidance, the Dajjal. One day he will come to earth and spread tribulation across the Earth.